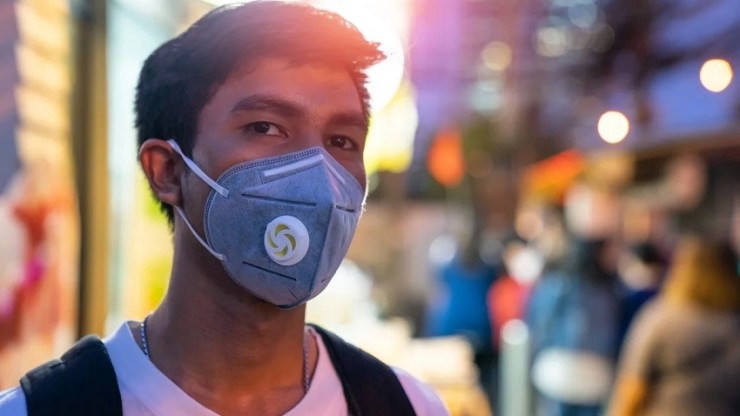 Face-Masks-For-All Is Not Scientific; But What’s the Harm in Wearing One Anyway?

Of all the many radically-new public policies being rolled out, which are supposedly based on the best science available, and are being heavily promoted by a mainstream media that has become utterly dominated by corporate interests and is extremely interconnected with the enormously-powerful pharmaceutical industry, various new government mandates requiring face masks for all people in public places may actually be the most dangerous of all, even more alarming than shutting down the global economy, which even if re-opened fully today, has already caused enough damage to lead to an additional 265 million deaths of the most vulnerable children around the world.

These mandatory face mask-for-all orders -along with the unscientific long-term Social Distancing orders (the science only supports short-term distancing, at the start of an outbreak), and unconstitutional Anti-Assembly orders- are the most likely to actually fuel a highly-visible and emotionally-charged virtue-signaling culture war across America, causing even more extreme polarization and division than already exists, leading to unnecessary conflict across families and communities, cities and entire states, leaving the clear potential for a literal divide of the nation into various fractured nation-states, which would serve very few.

When Experts Disagree: The Myth of “Settled Science” and the Need for Healthy Debate

The core of what makes a face mask mandate for all people, whether healthy or sick, so dangerous, is the fact that it flies in the face of all the peer-reviewed science as well as more recent studies which show that masks greatly increase the chance of getting infected and that they do not actually help to stop the spread of much smaller corona viruses, even in clinical settings, let alone real world use. Most of the studies are done using influenza virus which can be more than 10x the size of covid. Masks can help the infected to stop a portion of saliva or spray, but that does not actually stop the spread, and viruses may still pass freely. Viruses need a surface to collect on, so for healthy people, wearing a face mask around town all day is actually far more of a vector for illness than it is protection. Face-mask-for-all policies have long been known to actually increase infection rates, rather than slow the spread, and are not advised for people who are not sick, as Fauci himself said on 60 minutes.

These face-mask-for-all policies are currently being argued for vehemently in mainstream media, using everything from blatant misrepresentation of scientific studies to employing classic fallacies and outright dismissal of basic facts. The main narrative running in mainstream media is that social distancing and masks-for-all has controlled the spread of covid in places like South Korea and China. But not only would this be -very conveniently- ignoring the fact this is a classic “correlation = causation” fallacy, the data simply doesn’t support this narrative. When you actually look at the timeline and the peak of the outbreaks in those places and when the measures were implemented, the peak of the virus was early Feb and these measures were not in place until mid or late Feb. So not only is it an illogical assumption that such a correlation is certainly the causation, the conclusion that these measures had any effect on the spread in these places is completely unsupported by the actual evidence.

Forcing healthy people to wear face masks was directly against the official guidance of so-called medical and health authorities such as the CDC, which only very recently reversed their position, despite a clear lack of sufficient peer-reviewed evidence to do so, and even despite new studies specific to covid that indicate masks serve better as a disease vector than as any kind of shield.

The WHO and Surgeon General have also been clear on their stance against healthy people wearing masks –along with many 1000’s of doctors and nurses that are being censored by Youtube and other social media outlets. Meanwhile a convicted criminal monopolist billionaire software developer and teenage climate star Greta Thunberg are – inexplicably – being presented by the media as experts on viruses, vaccines and public policy.

Polarization Fallacy and the Danger of Forced Binaries

Despite the clear confusion amongst health authorities, dissent amongst many doctors and scientists, and an alarming lack of healthy scientific debate on these issues (including on the efficacy and benefit of social distancing and lockdown / shutdown orders), and despite these orders being clear violations of fundamental human rights, mask-for-all policies are nevertheless now being mandated by many governments as well as being very heavily-pressured socially, precisely because there has been a massive, incredibly well-funded, worldwide Edward Bernays-style PR campaign conducted to convince the general public that wearing a mask symbolically signals that you are loyal to the collective, that you are not selfish, and that you care about other people.

Mandatory face mask policies are dangerous because they ask people to disregard logic, and just do it anyway, in order to be seen as morally acceptable to society.

Mandated face mask policies are dangerous because they essentially ask an individual to disregard their own basic common sense reasoning (for we know that viruses can also spread through the eyes and cloth masks have been proven to not actually prevent viruses from passing through), to disregard decades of peer-reviewed science, the Surgeon General’s official guidance, and even the official guidance of the so-called health authorities that have insisted we are in a pandemic (despite an overall drop in death rate, lower death rate than the flu, and only slightly above average for total seasonal virus deaths over the last 5 years.)

Wearing a mask is not really about preventing the spread of the virus, it is a visible public statement that signals to everyone you are “one of the virtuous ones” willing to make personal sacrifices for other people; whereas not wearing a mask -we are all being trained to believe- is “proof” that someone lacks virtue, is selfish and doesn’t care about other people.

This polarization fallacy is being directly promoted by governments  and media, leading expressly to the inaccurate conclusion that a person not wearing a mask is not worthy of being included in society, and is deserving of shame, condescension, ridicule or worse. This kind of forced binary societal division and dehumanizing polarization is incredibly dangerous.

It has so often been wondered, “how did millions of ordinary German people become convinced that such extreme and ultimately genocidal policies were absolutely necessary?” The answer of course is propaganda, especially widespread use of slogans, as well as “degenerate art”, which was an early form of weaponized memes, dehumanizing people with ridicule and shame. Furthermore, they used Bernays-style propaganda that tied specific virtues with specific behaviors: primarily they tied the behavior of being obedient to government orders issued “for public safety” to being seen as a virtuous citizen who cares about the ‘greater good’ and is therefore worthy of acceptance by society. People who did not fit this description were systematically eradicated.

The real effect of the face mask on/off forced binary divide has been warped from a legitimate public safety measure into a mass social conditioning experiment, wherein people are being forced into a very divisive -and very visible- conflict of their beliefs and value systems. The face-mask-for-all policy is not a scientifically-proven method to prevent infection, but rather it is an emotionally-driven policy which likely even increases infection rates, and lowers the immunity of healthy people, also leading to greater susceptibility of infection. A face mask offers some people a false sense of security in exchange for the fundamental liberty of all, while forcing a very visible new binary divide on the entire population.

Wearing a mask despite believing it to be harmful, not only to your body but also actually helping to spread disease to others, can certainly be seen as a very powerful and literal symbol for giving up one’s voice. It is a near perfect symbolic metaphor. For many, following orders to wear a face mask (as well as avoid gatherings, practice social distancing, not visit family, close business and stay home) does feel exactly like giving up one’s voice and one’s free will choice, agreeing to something that does not make any sense, and may even be very harmful, in order to be acceptable by society.

While many may argue that “it really isn’t a big deal” or “whats the harm in just wearing a mask anyway, even if it doesn’t really help that much?”

It is ultimately the vast social conditioning pressuring everyone to accept something irrational as valid that is, in fact, incredibly dangerous.

“”In the end the Party would announce that two and two made five, and you would have to believe it. It was inevitable that they should make that claim sooner or later: the logic of their position demanded it … And what was terrifying was not that they would kill you for thinking otherwise, but that they might be right. For, after all, how do we know that two and two make four?” -1984, Orwell

This vast societal conditioning has already driven the world into a frightening place, and every step deeper in leads people to be ever more willing to follow orders without questioning authority, or logic, in the future. We are witnessing an incredibly powerful form of social conditioning, which can lead to a widespread mob mentality, and the tendency for polarization fallacies to cause vast dehumanization of innocent people, which can end up being used to justify horrendous violence. This has happened nearly a dozen times in the last century or so, leading to the deaths of over 500 million people, at the low estimate. When this happens, minorities are always the most at risk, in any nation or society.

Despite how we may like to flatter ourselves, humans really have not evolved all that much, and societal polarization is still very dangerous. It is not just some ancient fairy tale. China still has concentration camps today, due to a widespread race-based polarization fallacy leading them commit genocide against their population of ethnic muslims.

The truth is we don’t really know what happened with covid over in China, how many people died, or how. We do know that the totalitarian response that has now spread around the world from China is also notoriously dangerous, a very real threat to our nation, and one that simply cannot be dismissed or ignored.

So in summary, besides being proven ineffective to stop the spread of viruses, and actually fairly effective at helping to spread them, by providing a surface for viruses to collect on, like carrying a petri dish in front of your face; besides being unconstitutional, non-consensual and dangerously divisive between people with different beliefs and value systems; why are new mandates and the media-derived social pressure for all people to wear face masks so incredibly dangerous?